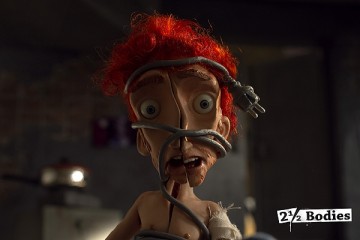 An absurd Nordic Noir feature puppet animation 2 1/2 Bodies is in development. The film will be the first feature film by awarded director Tatu Pohjavirta.

The film is produced by Jyrki Kaipainen who have been working with Indie Films since spring 2012. Indie films will now also take care of the distribution of former animation productions by Kaipainen (made under film co-operative Camera Cagliostro).